Catawba Lands Conservancy (CLC) is a non-profit land trust that works with willing landowners to save undeveloped land in North Carolina’s Southern Piedmont.  CLC conserves land in the beautiful Southern Piedmont of North Carolina and is dedicated to helping balance the inevitable growth of our communities with the protection of those places that improve our quality of life, sustain a way of life, and provide our communities with many ecological and environmental benefits. The Conservancy’s crowning achievement is the Carolina Thread Trail which invites people outdoors to hike, bike, paddle and play on a 15-county network of trails and greenways that will ultimately connect more than two million people in the Carolinas.  ECEA is proud to be a long-time corporate sponsor for the Conservancy. 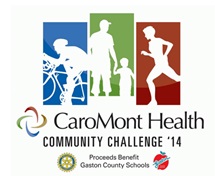 The Community Challenge 2014 event is to inspire and challenge our community to health. This event ties in community groups and vendors throughout Gaston and the surrounding counties to highlight the great resources we have to stay healthy in our community. Proceeds from the CaroMont Health Community Challenge will go to benefit Gaston County School’s robotics programs which support real-world education for students in math, science, engineering, and technology. Up to $15,000 of  event contributions will be matched by Rotary International. ECEA is proud to be a sponsor for the Community Challenge.

Daniel Stowe Botanical Garden is a botanical garden located on 380 acres of rolling meadows, woodlands and lakefront property in Belmont, North Carolina. Founded by Daniel J. Stowe, a retired textile executive from Belmont, it includes large manicured gardens, natural surrounding areas, including a woodland trail, sparkling fountains, and an Orchid Conservatory. Originally, Native Americans of the Catawba and Cherokee tribes trapped, fished, hunted and raised families here. Later, the area served as home to early European settlers. In recent years, the garden’s meadowlands have been used as pasture for farm animals, although much of the site is covered by mature deciduous woodlands and pine forest. Although a relatively new facility, Daniel Stowe Botanical Garden has a very old historical connection. The French botanist André Michaux rode and walked across the garden property in 1795. Michaux found new plants in Gaston County not far from the current garden, including the Bigleaf Magnolia. More than 200 years later, on this same farmland, the garden hosted the grand opening of 110 developed acres on October 9, 1999. ECEA is proud to be a long-time supporter of the Garden.

ECEA has collaborated with Rotary and other business leaders in Gastonia to build a Community Garden. The garden will provide various non-profit and other community organizations with a sustainable and ongoing source of fruits and vegetables. ECEA donated time and services to complete an environmental assessment of the site and assist in garden construction along with over 100 volunteers. 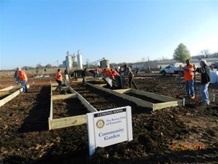 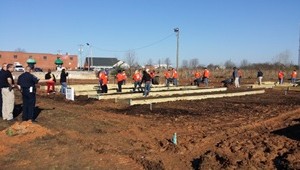